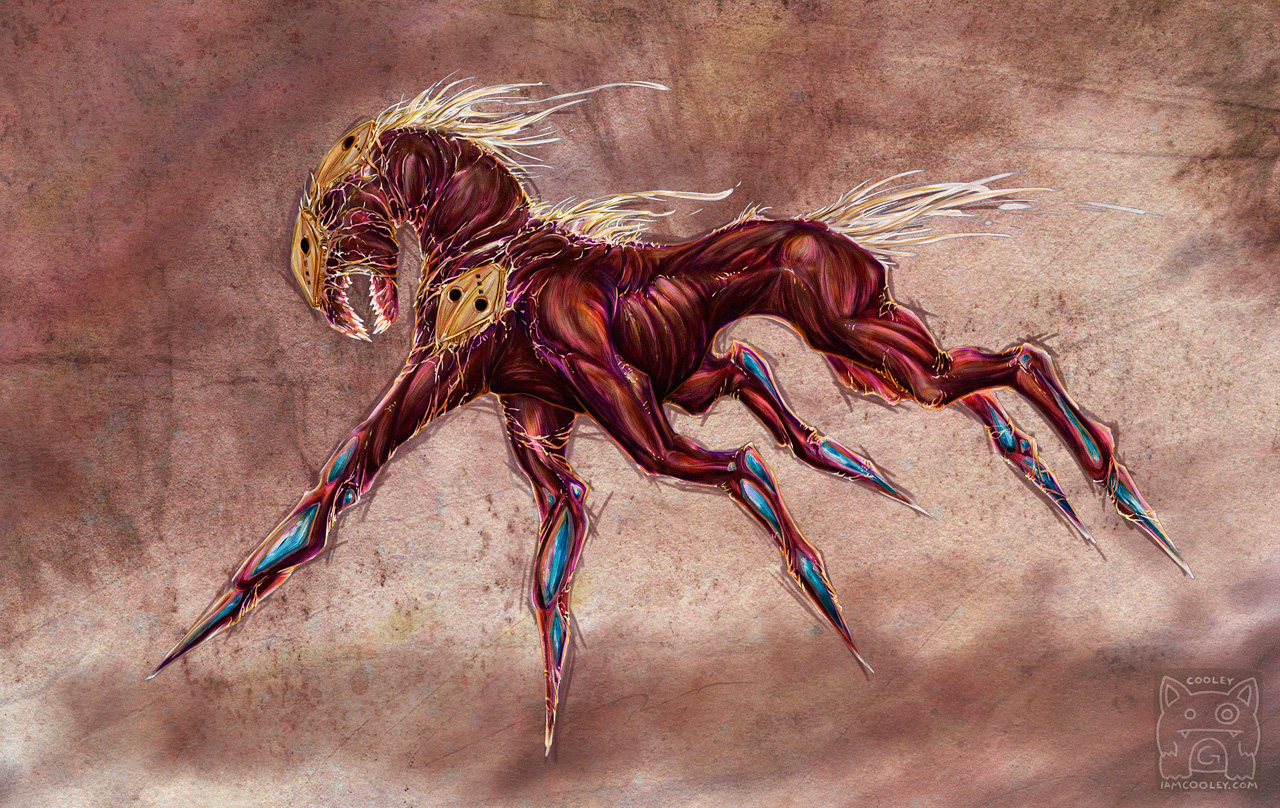 Description:
Between 1955 and 1990, the Soviet Union conducted 132 nuclear tests on the southern island of Novaya Zemlya. This nuclear waste dumping provides the potential of massive spread of radionuclides from the Kara Sea in the Atlantic and Pacific Oceans (Zeeberg, 2002). Originally, this image included a nuclear explosion in the background, but it was later removed as it proved to be too much for the composition. That said, the original purpose of this artwork is to draw attention to the dangers of nuclear weaponry, and the unsafe practices of nuclear waste disposal. (Crorse = “creature” + “horse”).

This site uses Akismet to reduce spam. Learn how your comment data is processed.